NSW Labor has announced a 3-point plan for coal mine workers, including those in the Hunter in an effort to improve job security and working conditions.

The plan includes a cap for contracted, labour-hire and casual coal mining of 20 percent which means at least 80 percent of workers on land subject to approval must be directly employed by the approval holder or any other entity that operates the mine.

A new licensing scheme for labour-hire companies would also be introduced which would require those operating in the mining industry to comply with laws regarding workplace safety, pay, and conditions - including providing the same pay and conditions as those enjoyed by directly employed workers.

Shadow Minister for Industrial Relations, Industry, and Resources Adam Searle said the plan will halt the creeping insecurity and the erosion of pay and conditions for workers in NSW.

"A Daley Labor Government wants well paid, secure and locally-based mining jobs in the coal mining industry. We know that many disputes arise because big mining companies want to casualise and contract out their work. This is bad for workers and the resulting disputes have disrupted the NSW coal supply.

"There has been too much contracting out of jobs in the industry, undermining the economic security of local workers. That has to stop, and Labor has a positive plan to work with companies and workers to ensure, decently paid jobs and a resilient industry," Mr Searle said.

Mr Searle went on to call on the National Party to sign on to the plan, accusing the party of desperate empty promises when it came to protecting workers.

"It is a 3-point plan which is effectively going to shut the coal industry down even quicker than Labor want to do it by 2030.

The best thing Labor can do is, actually at a federal level, to support the Nationals legislation which is on the table and has already had its second read. All it is waiting on is a debate and a vote. That is what Labor need to support if they want to support workers in the mining industry," Mr Johnsen said.

Under the Nationals new legislation, all employees in the national system will have access to a minimum standard of right to request casual conversion which cannot be traded away, irrespective of whether their terms and conditions of employment are set by a modern award, enterprise agreement or any other targets. 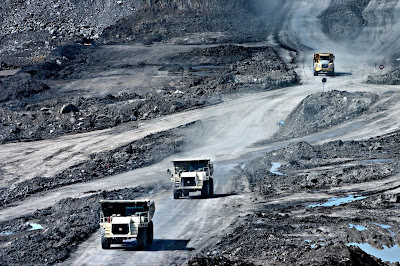