Labor Slam Federal Budget: What does it mean for the Hunter?

The Hunter's Federal Labor MPs have been left underwhelmed by the Turnbull government's 2018 Budget.

Of primary concern to Hunter MP, Joel Fitzgibbon was the lack of spending on key infrastructure projects which he says have been put on the back-burner for too long.

Mr Fitzgibbon was hoping to see funding commitments for the Glendale Transport Interchange, M1 Link to Raymond Terrace, Singleton and Muswellbrook Bypasses and the proposed Cessnock Ring Road to link the town to the Hunter Expressway.

It looks as though the Hunter may, however, receive a slice of the $3.5 billion Roads of Strategic Importance Initiative, marking $10 million across 10 years.

Federal Member for Lyne, David Gillespie (Nationals) said a bypass going into Coffs Harbour which will bypass the Big Banana is a win for Hunter motorists who'll be directly connected to Brisbane.

But Joel Fitzgibbon believes Mr Gillespie is kidding himself, labelling the lack of local road spends as disappointing.

"David Gillespie obviously doesn't know his geography very well if he thinks a bypass in Coffs Harbour is going to help our region..." he said.

Treasurer Scott Morrison touted benefits for elderly people staying in the workforce, with David Gillespie claiming there's plenty on the table for the Hunter's ageing residents.

Employers are set to receive a $10,000 wage subsidy if they employ seniors to work for them, while pensioners will be allowed to earn $300 a fortnight before they lose their benefits.

However Shortland MP, Pat Conroy said its all "spin," citing a $700 million cut to hospitals among the disappointments.

"There are 22,000 pensioners in Shortland, we've got one of the oldest populations on average in the country," Mr Conroy said, "and if you're a new pensioner you're going to miss out on the energy supplement which is worth $500 per couple; you're going to have to work longer to the age of 70 and, if heaven forbid you get sick, there's going to be a longer wait list at hospitals."

The budget unveiled more than 14,000 extra home care places across the nation to be rolled out over the next four years at a cost of $1.6 billion dollars; but with 170,000 Australians living in aged care facilities, a Newcastle-based Elder Care Lawyer believes it's too little, too late.

Catherine Henry fears clinical standards are worsening, with mandated staff-to-patient ratios the only way to tackle the "woefully inadequate staffing arrangements" operating within the industry.

Meanwhile, Pat Conroy can't believe Scott Morrison didn't see fit to increase the NewStart allowance, saying unemployed people cannot get by on what is being offered.

NewStart is available for people aged over 22 and less than pension age who are seeking paid work and who meet an income and assets test.

In the lead up to last night's budget revelation, pressure had mounted on the government to increase the allowance, after infamous comments were made by Liberal MP Julia Banks, who said she would be able to live off the amount.

"I met with a 62-year-old woman who gets $750 a fortnight from Centrelink as she's had a knee operation and can't work," Mr Conroy explained, "her rent is $700 a fortnight - how can you survive on that?"

The University of Newcastle has missed out on key funding which will benefit 5000 regional universities.

$24.7 million each year, for the next five years, will go to Commonwealth Assisted places at the educational institutions, with Coffs Harbour once again coming ahead of the Hunter along with campuses at Moreton Bay and Launceston.

Federal Member for Newcastle, Sharon Claydon, has slammed the move as unbelievable, and claims modelling shows the Callaghan campus is set to lose $69 million in funding by 2021.

"I think this is part of a deal that the National Parties have done with the government around certain universities in the Murray Darling region," she said.

"The notion that you would not regard Newcastle University as a standout regional university is astonishing."

It comes at a time when caps to HECS loans and their earlier repayment is being stalled in the Senate.

Joel Fitzgibbon joined the chorus of opposition, saying the Hunter is facing a future skills shortage given the lack of money being spent on TAFE. 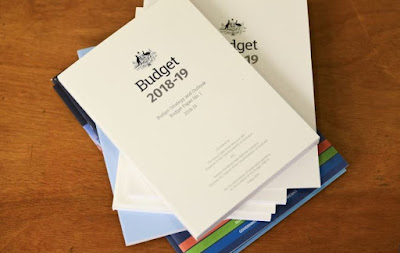